Senior Vincent Vilt discusses his experience with being put on quarantine. 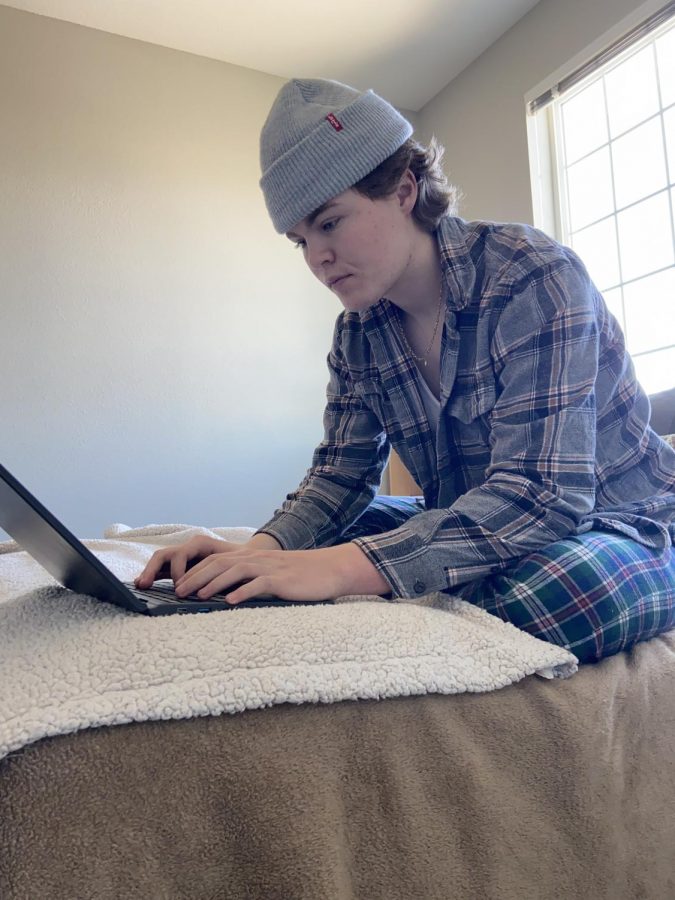 Senior Vincent Vilt completes school work during his time off due to Covid.

This year has been anything but easy for many people and students. People can’t go to school, can’t go to work, can’t see friends, and some people are trapped indoors altogether. Recently here at Castle View many people have had to go on quarantine and unfortunately I happen to be one of those people who’s stuck inside for two whole weeks.

So far quarantine has been pretty productive. It has given me the chance to catch up on some school work as well as get stuff done around the house. Of course, there are downsides to being locked away for two weeks, but the amount of work I have had time to do is nice especially since we just went back to a full virtual education.

The biggest reason that this quarantine has become difficult is that I am not able to go to work. Two weeks of not working and not being able to make money is difficult and is going to continue to be difficult. Not only that but I spend a good 20 hours a week at work so you don’t realize how much time that is until you are stuck inside for that amount of time.

Now the only reason that I have been angry about quarantine is because of how I found out. Apparently, it was someone in my SAT room, but I wasn’t told until the 28th. That raises a couple of red flags that I only was informed five days later. You can see how that would make someone angry because I could have been off quarantine earlier, but instead I’m stuck inside for five days longer than I should have been.

Even though I have had time to get some work and stuff around the house done, I am not happy with being on quarantine. People keep telling me to make the best out of it but I would much rather sit here and be mad for three more days.